Don’t be a Sucker: Fight your Traffic Tickets 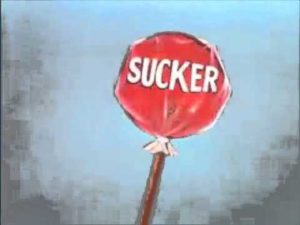 We do not fight traffic tickets. For one reason or another, approximately 95% of people who get a speeding ticket just pay it. This is a costly mistake that people either don’t realize they are making or simply don’t care about. Paying a traffic ticket without contesting it is like paying sticker price on a used car lot – it makes you a sucker – and it is easily avoidable.

That’s right, 95% of us are getting completely duped and thus wasting tons of money on high insurance premiums and risking license suspension due to points.

Traffic tickets may seem harmless, but they are part of an incredibly complex system. Did you know you can actually be placed in jail as a result of getting a traffic ticket? If you fail to pay fees associated with your ticket a judge can sentence you to jail as an alternative way to pay your debt to society!

(Search the internet for “David Stojcevski” to learn about a heartbreaking tragedy in which a man died as a result of being sent to jail for not paying his traffic ticket).

Assuming you are lucky enough to have the money to pay your fines and stay out of jail, you are still subjecting yourself to a lot of negative consequences that are otherwise avoidable by simply hiring the right attorney.

Most traffic offenses come with “points”, which are like ugly parasites that attach themselves to your driving record causing all sorts of problems. The worst of which is spiking insurance costs. There is no way to calculate exactly how much your rates will go up because that’s up to the insurance company’s discretion. Translation: they reserve the right to raise your rates as much as they please.

A lot of people assume that the rates go back down after 2 years when the points expire. Makes sense, right? Well… not to the insurance company it doesn’t. There is no mechanism in place that lowers your rates once the points expire. Even if you notify your insurance company, they will likely justify keeping your rates where they are (if they don’t find a reason to up them higher.)

So, you can pay your ticket like 95% of us, incur huge spikes in your monthly insurance costs and sully your clean driving record OR you can join the 5% of drivers smart enough to realize that hiring the right attorney can avoid all of these negative consequences.

A clean driving record is EVERYTHING. It increases your attorney’s odds of being able to get your ticket resolved favorably. I have a client who got a ticket for going 92 in a 70 on I-69 in Michigan. Even though this was an egregious speed and he had two prior speeding tickets within the last year, I got it reduced to something with no points that would not enter on his driving record.

How?! Because his record was clean! No one had any clue that he had prior speeding tickets because he hired me to take care of them already! Had he simply paid his first ticket, he would have had a hard time getting out of the subsequent violations.

I have had potential clients call and ask me if they just pay the ticket to avoid seeming like a nuisance… I picked my jaw up off the floor and tried to explain that the real nuisance is the sinking feeling you get when the red and blue lights start flashing.

If you don’t stand up for yourself, no one ever will.

I have a lot of people call and ask how I could defend against their ticket when they were in fact speeding.

Long story short, the right attorney can still get it to reduced to something that will be much easier on your pocketbook.

A Matter of Convenience?

Maybe it’s just easier to pay it and try to forget about it (until your next insurance bill comes).

It is actually much more convenient to hire an attorney. The second you pay your retainer fee; your attorney should take all of your worries away. A good attorney can likely get your ticket all taken care of without ever needing you to appear in court.

Don’t be ridiculous, you already know it’s cheaper to hire an attorney than to pay it. Contact your attorney RIGHT AWAY. I know that I have some tricks I use to buy my clients some extra time when finances are running tight.

Bingo! This is the one that comes up more than any other explanation, and it makes me sick. Don’t get me wrong, I understand. Everything about going to court is intimidating, but that’s a terrible excuse not to fight back.

In fact, none of these are good excuses.

Andrew Vuckovich is a practicing criminal trial attorney who has obtained not guilty verdicts in criminal felony trials. He has worked to resolve the most heinous crimes including Murder. He practices across the State of Michigan and is based in East Lansing where earned his undergraduate degree in psychology from Michigan State University. His experience gives him a unique perspective on the criminal justice system and its’ impact on individuals in the community. Follow Andrew Vuckovich on his blog.

Andrew Vuckovich is a Trial Attorney who has gotten not guilty verdicts
on every felony charge he has ever taken to trial. Call (517) 409-1177
today and speak with an attorney about your important legal issues.

Call (517) 409-1177 Today And Speak With An Attorney About Your Important Legal Issues. Your First Consultation Is Free And Confidential.